At loooong long, last – I have written the final words of the last chapter of Book #4, Two Old Fools in Spain Again. Now Joe is wielding his red pen, editing it before it flies off to the advance readers and proofreader.

Joe is working hard on the manuscript, but I still send him shopping regularly.

A: Because I’d rather have my brains pulled out through my nose than go shopping with Joe…

Nobody enjoys queuing although most of us accept it as a necessary evil.Queuing and Joe are like cats and water; he hates it. He grumbles and heckles loudly which makes me shrivel with embarrassment as people turn to stare. It amazes me that no shops have banned him from entering their premises.

“Why don’t you wait outside?” I suggest but he ignores me, preferring to stand with me and complain at the top of his voice. It has come to the point where I now send him shopping alone as queuing with him is a nightmare.

I must say, I prefer the polite British attitude to queuing. You know exactly where you are, who is in front and who is behind. This concept is ignored in our part of Spain and the person with the sharpest elbows ge 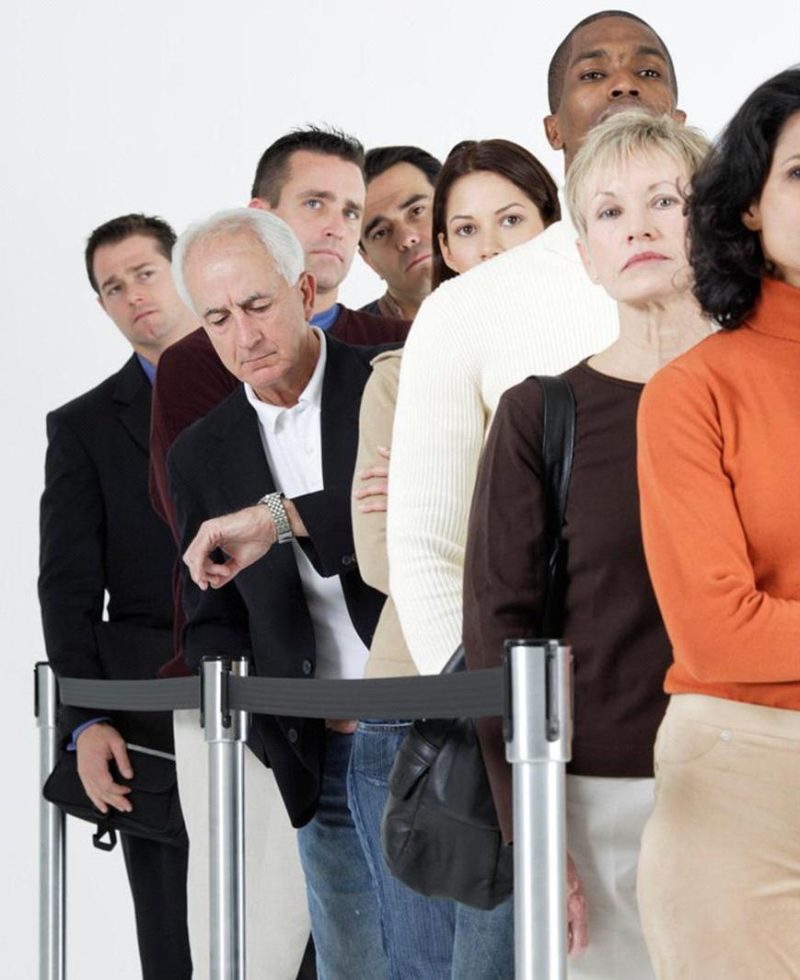 Our local chemist, or farmacia, has just adopted the ticket system. Simple, take a ticket from the machine and wait for your number to show on the screen. Even Joe was pleased.

“How did you get on in the chemist?” I asked when Joe returned from shopping.

“It was awful, you won’t believe what happened.”

I groaned. What had annoyed him this time?

“I pulled ticket #63, and when it was my turn, this baggage pushed in front of me. I jumped forward, showed her and the assistant my ticket, but the baggage still got served before me! So I stood back and waited. By the time she’s finished, #64 is being called and another old goat barged past me.”

“This one flashes me her #64 ticket, and points to the screen showing #64, so the assistant serves her!”

What a surprise, I think to myself.

“I showed everybody my ticket and told them what I thought of their queuing system. When the number changed again, I marched up to the counter, but so does another customer. The assistant looked at us, from one to the other. Everybody is watching now. I waved my ticket at the crowd, pointing at the number: ticket #63. She looked again at the screen, and the other man’s ticket. Then she raised her eyebrows, not sure who to serve. So she looked at the other waiting customers in question. ‘Who’s next?’ she asks.”

“All the other customers swing around. ‘Him! Him!’ they said hurriedly, pointing at me, knowing I would erupt again.”

I had to laugh but I was very glad I hadn’t been there. Even the Spanish couldn’t wait to get rid of Joe.

Do you see what I have to put up with?