Can you believe it? It’s exactly one year since Joe and I were under house arrest in the Middle East. Spring was the only thing on our minds then, but it was the Arab Spring, not the seasonal one. So this spring in El Hoyo is rather special, our first after a year away. 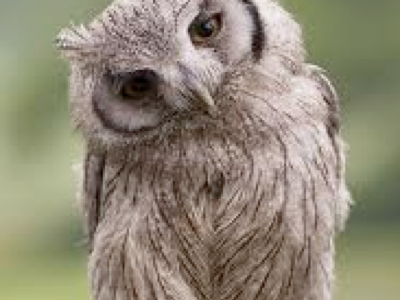 One of our favourite signs of spring is the scops owl arriving in our valley. We’ve never seen one, but we hear them nightly. Usually, there’s just one, trying to attract a mate, but the other night there were three of them, all competing.

Scops owls don’t say, “Twit-Twoo” like some other species. Scops owls are perfectly happy with just a “Hooo” every 20 seconds or so, repeated over and over again. So the conversation went rather like this:

Our valley resembles a Roman amphitheatre; even the smallest sound travels and can be heard by all. So Joe and I stood on our roof terrace at dusk, listening to the owls trying to out-do each other. Actually, Joe is rather good at imitating these owls, and this opportunity was just too good to miss.

“Hooo,” said Owl #1, from somewhere high in the valley.

“Hooo,” agreed Owl #2, his voice echoing from our far right.

Utter silence. What? An interloper! A gatecrasher competing for the attentions of a lady owl?  Oh, horror! We giggled as we imagined all three owls’ expressions as they swivelled their heads, trying to work out where this uninvited newcomer might be perched. I imagined them ruffling their feathers in annoyance, their yellow eyes piercing the gloom in an effort to see this cheeky infiltrator.

Having got over the shock, the owls pulled themselves together and resumed their hooting. But so did Joe. Now we had a quartet, all in perfect time. Occasionally a fox would bark, but the four performers refused to be distracted. The three owls took it in turns to hoot, leaving time for Joe to chime in at the end of the sequence. I left them to it. I had supper to prepare, and I could rely on Joe to carry on with the good work.

Half an hour later, I called a reluctant Joe inside.

“Two of them gave up,” said Joe, triumph in his voice. “It was just me and the southerly owl left.”

“Eat your supper,” I said, “before a lady owl comes knocking on our door, looking for you.”

So, do we regret our year in the Middle East? No, not at all. If nothing else, it makes us appreciate our life in Spain even more, surrounded by nature.