You must be joking!

Joe and I were sitting at the kitchen table with the rain thundering on the roof, discussing writing.

I sighed and shrugged my shoulders. However, not being one to turn down a challenge, I agreed. We didn’t speak for the next hour as we concentrated and wrote.

“Do my eyes deceive me, but, is that you, Mr Scrooge?’ 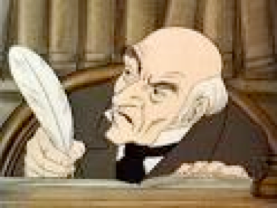 very merry Christmas, Mr Scrooge! You look so well! Your dress is so fine! And did I observe you emerging from a chauffeured Rolls Royce — the latest model?”

“Indeed, Mr Dickens, you did.”

“And your residence, Mr Scrooge, still ancient, dilapidated and in Cheapside?”

“Why no, Mr Dickens, I am now the proud possessor of a palatial pile in Mayfair, replete with servants.”

“And how came this to be, Mr Scrooge? You, the greatest of misers! Surely you cannot be spending money?”

“Mr Dickens, I have spent not a single penny of my own money. What is more, my initial capital will always be secure.”

“In the name of heaven, Mr Scrooge, that is impossible! How did you accomplish such a feat?”

“No mystery, Mr Dickens. As a banker and Member of Parliament, I am assured of funds for the rest of my natural days.”

‘How will Father Christmas get in? Our house hasn’t got a chimney.’

‘Don’t worry, Father Christmas is magic, he’ll find a way.’ Smoothing the duvet, she planted a kiss on the blond curls. ‘Now snuggle down. Night-night.’

The room was dark and the little boy lay fretting, listening to his mother’s footsteps fading. Sighing, he pushed back the covers, slid out of bed and trotted across to the window.

‘I’ll open it a tiny crack,’ he muttered, ‘just in case Father Christmas can’t get in.’

‘Is that you, Father Christmas?’ he whispered, lifting his head. ‘I left the window open for you.’

‘Father Christmas? Are you bringing presents?’ Danny sat up, rubbing his eyes.

The silhouette lunged at the child, but his boot skidded on a discarded toy car. Crash! He crumpled, head hitting the corner of Danny’s toybox. He lay still.

‘Father Christmas! You’re hurt! Don’t worry, my Daddy’s a policeman, he’ll know what to do. MUMMEE! DAD! QUICK! Father Christmas has had an accident!’

Dad’s footsteps charged up the hall. The burglar groaned and lost consciousness.