My uncle was a famous explorer

Joe and I were sorting out boxes, unopened and stored since my parents died in 1993.

Imagine our astonishment when we came across a complete manuscript called ‘Horizon Fever’ written by A E Filby, my uncle. It describes his 37,000-mile journey from London to Cape Town, and back again, in various motor cars, including an Austin 20 which is now displayed by the British Motor Museum (see pic). 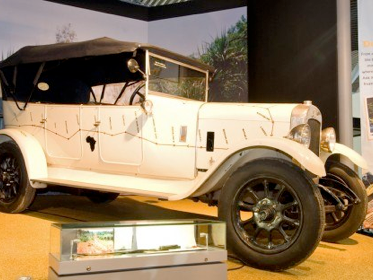 I never met my uncle but I wish I had. He died of malaria in 1942, well before I was born. What tales he tells! Missionaries, pygmies, big-game hunting, gold-mining, crossing the Sahara and swimming in the Nile with crocodiles… One of his companions was a monkey called Congo. Another was a dog that adopted him, until it was killed and dragged up a tree by a leopard. 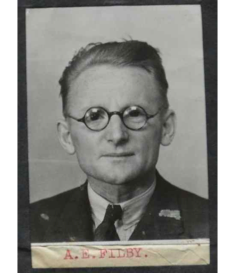 I think I would have liked Uncle Archie. Of course I don’t condone his attitude to animals, belonging to a bygone age when big-game hunting was admired, and ‘conservation’ a buzzword for the future. Archie comes across as a courageous, feisty, quick-tempered, bossy little man, but full of fun, generous and never one to bear a grudge. I imagine his human companions found him difficult to travel with, but he made friends easily and was much in demand by the Press and for radio broadcasts.

Joe has taken up the task of transcribing ‘Horizon Fever’, and we intend to publish it. We’re resisting the urge to make any changes, or edit in any way, as we feel Uncle Archie should speak for himself in his own colourful style. Luckily, we also have photographs and newspaper clippings of the incredible journey. Joe has undertaken the challenging task, made particularly tricky as the original manuscript was bashed out on an ancient typewriter that had the ‘e’ and the ‘o’ missing.

But I think it’ll be worth it. The result, I’m sure, will fascinate other readers as much as it did us. ‘Horizon Fever’ is a real snapshot of life when much of the world was controlled by the British Empire, and Uncle Archie’s journey was most definitely an incredible feat of endurance.

Pictures from the scrapbook lovingly compiled by A E Filby’s father, (my grandfather) after Archie tragically died of malaria at the age of 43, in 1942.