When first ‘Chickens’, then ‘Camel’ became Amazon bestsellers, I didn’t think things could get any better. But I was wrong.

This is how it happened…

I woke up one morning and sleepily switched on my lap-top. I always have a full email inbox, but that morning it was bursting. Agencies were asking me if I’d already sold the translation rights to my books, or whether they were still available. My books are already published in Poland and Hungary, but these were queries from Thailand and other countries.

What was going on? Why the sudden interest?

I scrolled down the emails but stopped when I reached one with the title, ‘Congratulations’. Spam, I thought. I’ve won the Euro-Lottery again, and if I send off 100 euros and all my bank details, including passwords, I can claim my prize. I prepared to delete it.

“Congratulations on making The New York Times Best Sellers list this week,” the email stated. WHAT? I blinked and read it again.

Then I read the sender’s email address. It was a very well-known publishing company. And they went on to express an interest in my books.

New York Times? I found the site and typed Victoria Twead into the search box. Nothing. Oh well, it was a nice dream. I wrote back to the publishers, thanking them, and telling them no books of mine had appeared on the  NYT list.

Back came the reply – ‘We receive the list in advance.’ And they were kind enough to send me a screen shot. 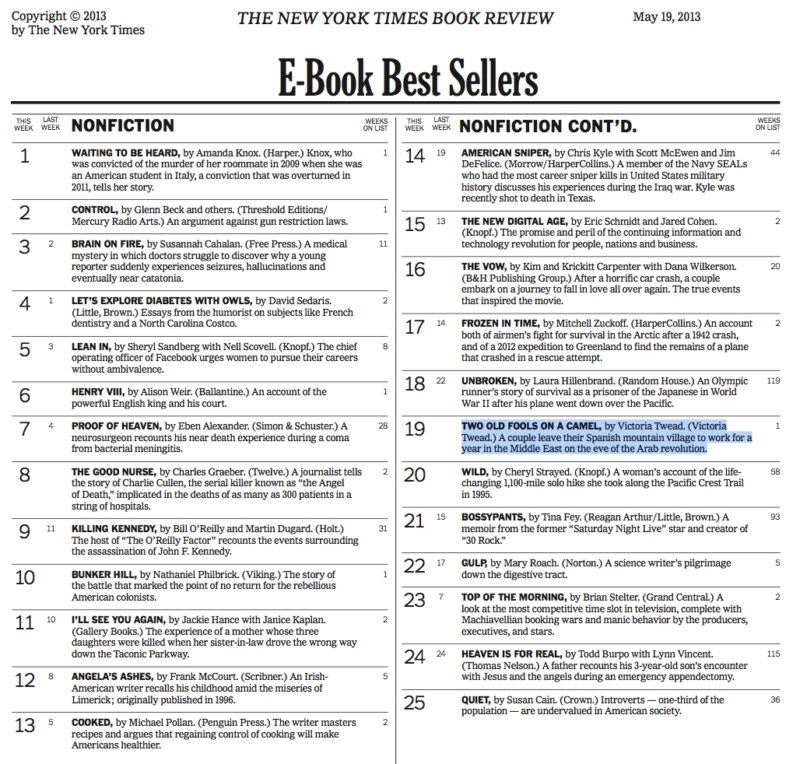