A few letters from Dear Fran, Love Dulcie: Life and Death in the Hills and Hollows of Bygone Australia, Victoria Twead’s latest release.

For the first time in months I have a few minutes spare. First of all have I thanked you for the Christmas parcel? What manners I have! Also Terry’s birthday card and mine. And anything else I’ve neglected to thank you for.

We are terribly overworked here. I thought we worked hard before but now we do twenty hours a day. All the western half of Queensland is still drought-stricken and the State Government has ruled that any grazier with grass land must take the cattle from drought areas. Three hundred head of cattle were brought to us and we are forced to care for them until the owners are able to take them back after rain.

They were brought here at the end of November last and look like being here for another year at least. Together, with our more than 400, it makes hard work for Len and myself. The government pays us $120 per week for keeping them. The big Army training area at Shoalwater Bay near us is also being used to feed stock. There are 44,000 head of cattle there at the moment. Being a tick-free area the men there haven’t much work to do though.

Sure messes things up. We have done fifteen miles of fencing since December and put in three dams and one bore for extra water. All this at our own expense to house other folks’ cattle. For their sake and ours I hope rain falls in the west before too long.

Had a broken foot and two toes in February. A bull jumped the gate, knocked me over and jumped on my foot. A half-ton [508 kg] bull sure is heavy! Slowed me down for a few weeks but is okay now.

Terry had his share of trouble too. His horse tripped and fell and Terry got a few nasty scratches and bruises. He didn’t think to check his horse for injuries and remounted the poor thing. He came galloping up behind some wild steers and the horse went down again. Len gave Terry a sound scolding for riding an injured horse and packed Terry and the horse off home, both limping. They are both recovered now, thank heavens.

We had an outing last weekend, the first time we’ve been out since Christmas. A friend’s son celebrated his 21st birthday. Was a wonderful party and we really enjoyed ourselves even though it was hard to get out of bed next morning.

Well, Fran, I must catch the mail transport with this letter so excuse the shortness and write soon. I love getting your letters and wish I could manage to write to you more often.

Winter appears to have left us, thank heavens, and the days and nights are becoming lovely again. We still have all the cattle on drought relief with no sign of rain for the western areas.

Len, Terry and Len’s father went out through the drought areas last week and spent a couple of days digging for sapphires on the gem fields. Terry found one and is quite pleased with himself. It’s back to school again tomorrow after 2 weeks mid-term vacation.

Remember me telling you about the little kitten Terry brought home last year, Fran? Somewhere along the way his name got changed to “Sugarplum” and he is now a full grown cat. Just now he brought his “catch” in to show me and as a result there are feathers all over the room. He loves me to admire him when he has caught something. One night he brought in a possum – still alive – and let it go on the bed.

Len is putting down a bore for more water. It is 58 feet deep [17.7 metres] and seems to have quite a good supply although it is rather salty, 360 grams to the gallon. Still it should be good for cattle.

Well, Fran, like time, news is scarce so have a happy birthday, do something nice to celebrate and write and tell me about it.

I’ve been thinking of you so much since I received your last letter. Somehow, I feel that something is wrong. You don’t seem to be your usual cheerful self. I hope it’s nothing wrong in the family, Fran. If it is just the winter getting you down, come over and share our summer. It’s only just started but the temps have been over 100 [38ºC] for days now.

Len and I have been felling timber – Len carrying a chainsaw about all day – but the heat has reduced me to an axe. Even that is hard enough to swing all day. Had quite a good storm 2 days ago which yielded 160 points of rain. [One point is 0.254 mm or 0.01 inches.] Much needed too as the feed quickly burns off in the heat. Our drought cattle are still with us and look as if they are here to stay. Two Brahman cows died calving last week and I have the calves here to feed. I start them off sucking my finger in a bucket of milk until they learn to drink. One feeds quite good but the other bites.

Posted off a Christmas parcel for you last week. So hard to find anything unusual. The little koala for you is made of kangaroo skin, the kind known as Blue, hence the blue fur. Terry selected the ’roo skin caps for the boys and Dick. The large colourful map you might like to hang in the basement. Len suggested the Australian beer, etc. for Dick to celebrate with. Hope you have a good time!

My eldest brother Tom was married on 25th October, his 35th birthday. His bride looked so nice. A small girl always does, I think. Me and my skinny 5 feet 6 inches [168 cm], I look and sometimes feel ungainly!

Terry is doing his final year exam this week and starts 6 weeks holidays on 14th December. He is now a member of the Yeppoon Swimming Club and hopes one day to take my title from me which I still hold for the 100 metres overarm. The club meets every Wednesday night for competitive racing and although it’s tiring, I enjoy the cool off.

Well, Fran, I’ve guests to dinner tonight and although I finished work early to come home and prepare I’m afraid I’ve not even started yet, so I guess I’d better think seriously now as it is nearly 6 o’clock.

Trusting all is well with you and your family.

What fun we had opening the parcel you sent. It arrived Christmas Eve while visitors were here. The space food was sampled by everyone and is delicious. Since school started, Terry’s “Space Pen” has been quite an item of interest. Thank you very much, Fran, and I trust you enjoyed unpacking yours as much as we did.

We are having rather a wet year. Just what the drought-stricken west wanted. Since New Year’s Day we’ve had 43 inches [110 cm] of rain. We wanted the assistment [also agistment] cattle off the place and ordered the semi-trailers. What a time!

The big semis would not go the last ½ mile to the yards and we had to truck the cattle 10 at a time in the small truck and back onto the semis until they were loaded. Took us 3 days in rain and mud to load the 400. Anyway they are all gone and there’s just our own stock to care for now.

Len went up to St. Lawrence last week to see my brother. Rain has poured down ever since and Len is unable to get home. The road report on the radio last night stated one bridge was 22 feet [6.7 metres] under water, and still rising 3 inches [7.5 cm] an hour, and it’s still raining! Terry and I were going with him for the day but at the last minute I had a phone call to go to Rockhampton.

Aren’t we glad now that we didn’t go. One day turned into 2 weeks. Anyway he is okay and there’s nothing he could do if he was home. I shifted the horses to higher ground yesterday and opened the gates on two extra paddocks for the cattle to get onto the hilly country and that is about all that can be done for a while.

Dad and I are going to cross the bridge in the tractor today to get food and mail over before it rises too high. Needless to say Terry is enjoying the fact that the school bus can’t get over and so he has no school. The army helicopter still goes over every day so if there is any emergency we can always hang the flag up to bring him down. So we are not isolated really.

Do you remember me mentioning Terry’s old collie dog at times, Fran? Poor old thing was 10 years old and for the past year she wasn’t too well. She died 3 weeks ago very quietly in her sleep. We miss her about the place.

The working dogs, Queensland blue heelers, aren’t to be petted and played with so we haven’t any pet dog now. The old ginger cat who was about the same age died a few days ago too. The wet weather seemed to affect him and he had a cold.

Well, Fran, I have a few letters to get ready before Dad comes, so I must away.

Hope you are all well.

If you’d like to read more, this excerpt comes from Dear Fran, Love Dulcie: Life and Death in the Hills and Hollows of Bygone Australia compiled by Victoria Twead available from Amazon, Barnes & Noble, Waterstones, Powells, Booktopia, The Book Depository and all good bookstores.

When Dulcie Clarke picks up her fountain pen to write her first letter to her pen friend, Fran, she is unaware that their friendship will continue for decades. Both are newly-weds; Dulcie has a baby girl and Fran is expecting a baby. But there the similarities end.
Fran is a Detroit city girl enjoying modern conveniences. Dulcie is a pineapple farmer’s wife enduring the extremes of Australia. Bushfires, floods, cyclones, droughts, dingo attacks and accidents are all too common. Regardless, Dulcie’s optimism shines through, revealing her love of the land and fascination for the wild creatures that share her corner of Queensland.

Each book purchased will help support Careflight, an Australian aero-medical charity that attends emergencies, however remote.

“There are no words that can do this book justice.” Julie Haigh, Top 1000 Amazon reviewer. 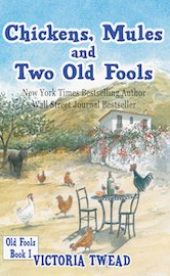 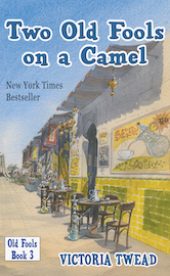 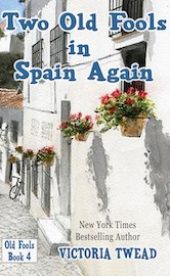 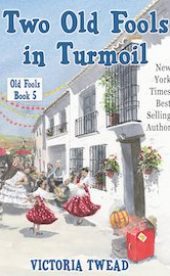 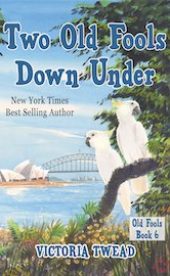 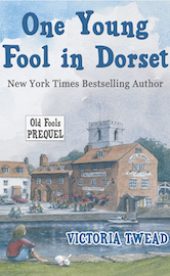 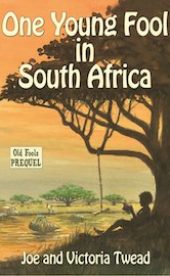 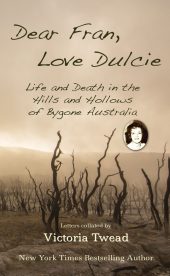