I’ve spent three wonderful, sun and laughter-filled months in Australia with my daughter, son-in-law and gorgeous granddaughter, two-year-old Indy. Poor old Joe missed out as he needed some medical stuff checked out in the UK. Meanwhile, I’ve enjoyed another summer.

But everything ends, and we’ll both be back in El Hoyo, sitting at our kitchen table at the beginning of March. I wonder what’s been happening in the village while we’ve been away? I’ll let you know!

Being with the family and getting to know little Indy these last months has been amazing. And I’ve had breakfast with wallabies hopping around, and typed to the sound of cockatoos screeching and kookaburras laughing. 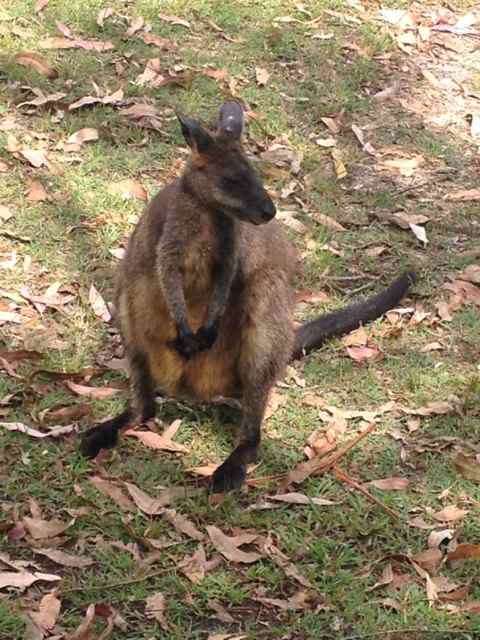 But I never forget that Australia has its hazards, either. My daughter’s husband picked up a metre-long pipe, tilted it and a highly venomous red-bellied black snake slid out and landed on his feet.

We went to the beach on my birthday and my daughter was bitten by a spider hiding in the grass. Two fang marks were clearly visible and her leg swelled up. We never saw the attacker.

My daughter works from home, which fits in nicely with looking after Indy. We decided to take Indy and LJ the dog for a walk into the bush the other day.

“I have to make a few important work calls,” Karly said when we returned, and she disappeared into her study.

I was playing with Indy as Karly phoned a new contractor. I could hear her speaking and couldn’t help admiring her pleasant businesslike telephone manner.

“So you’ve been allocated another P5? Wonderful.”

But it didn’t last. Suddenly her voice changed, and she began jumbling her words and speaking so fast I could hardly hear what she said.

“I believe you have ENOUGH GASKETS. Butyoumight, aaaggh need SOME MORE RISERS!” I heard the phone slammed down, then…

I grabbed Indy and rushed to the kitchen where my daughter was heading at a super-fast hobble.

“Karly? Are you OK? Whatever is the matter?”

I looked to see where Karly was pointing. Two dark-red, shiny, pulsating leeches were attached to the back of her leg, feasting.

“Where’s the salt? Quick! I felt my leg throbbing as I was talking on the phone, so I glanced down and saw them!”

We know that the Australian bush that surrounds the neighbourhood is home to leeches because my son-in-law picked up a beauty when he took the dog for a walk once before. (See picture) When we returned this time, we had checked ourselves over. No leeches. We clearly hadn’t looked properly, and the leeches were small then. Twenty minutes or so later they were well into their blood banquet and had swollen significantly.

She doused the pair of parasites liberally with salt. They shrivelled and fell off.

“Oh,” I said looking at the little shrunken worms on the floor. “I should have taken a photo for my next book while they were still huge and feasting.”

I won’t repeat my daughter’s reply.